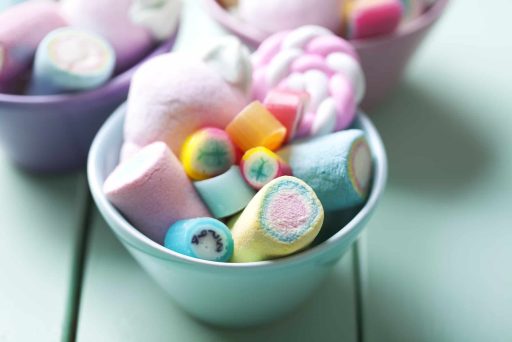 Most dogs love sweet treats and there are some people that think it’s ok to feed their dog an occasional piece of candy. But is it actually doing their dog any harm?

Can dogs eat marshmallows? No, you should not feed your dog marshmallows. Marshmallows, like most candy treats contain high levels of sugar and other additives that are not good for your dog and can potentially make him very ill.

Just like dogs “can” eat diapers, crayons, whole balls of yarn, stuffed toys, and a host of other items that they probably shouldn’t be eating; the real question is, should you feed your dog marshmallows or should you panic when your dog gets hold of a marshmallow?

We all know that marshmallows are sweet and delicious and that is why we humans love them. They typically contain corn syrup, sugar, corn starch, artificial colors and flavors, and some times xylitol. Xylitol in even small amounts can be toxic to dogs, more on that in a minute. What if the marshmallows don’t contain xylitol? Marshmallows still contain sugar and sugar is carbs. Dogs have no need for carbs at all in their diet. All they need is protein and fat. So, why feed them carbs?

Not only are carbs completely unnecessary to the canine diet they can be quite dangerous and damaging. A small number of carbs once in a while may be alright. But high carbs, on a daily basis in a dog’s diet can make him more likely to develop cancer, obesity, leaky gut, fungal and yeast infections, pancreatitis, and diabetes.

Cancer cells, bad bacteria in the gut, fungi and yeast love carbs as a food source. In fact, they all thrive on carbs. Is one marshmallow going to do this? Probably not. But if you add one marshmallow to your dog’s diet and he already eats a high-carb diet, that marshmallow definitely won’t help.

Marshmallows and other cards raise blood sugar levels quickly. This causes the body to release insulin. Insulin is the only hormone dogs, and people, have to lower blood sugar.

They have eight hormones that can raise blood sugar. This makes dogs are more prepared than us humans to raise their blood sugar if necessary, for example if there is a lack of food available.

Insulin’s main purpose is to move the sugar out of the bloodstream and into cells. Often the sugar is stored in the cells as fat.

When dogs eat a high carbohydrate diet or lots of marshmallows, over time, it can cause the dog’s cells to become insulin resistant. Insulin resistance can lead to weight loss resistance and diabetes.

Is Xylitol Dangerous to Dogs?

Now for xylitol. Xylitol is a naturally occurring substance and can be found in tiny amounts in several plants including lettuces, berries, corn, hardwoods, and other plant life. It is used as a sugar substitute because it has much fewer carbs than sugar.

When a dog eats xylitol it triggers the dog to release insulin, however, the body does not actually need to lower the blood sugar levels. So, the insulin that is released lowers the blood sugar to unsafe levels, this is called hypoglycemia.

This can take 10-60 minutes after the xylitol is eaten. Hypoglycemia is a potentially life-threatening situation. Xylitol can also cause liver failure and seizures.

Yes, xylitol is a very popular additive used in marshmallows, although not all marshmallows contain it.

As little as 50 mg of Xylitol, for every pound of dog is enough to do damage. The higher the amount consumed the higher the risk of liver failure and death.

Xylitol can be found in many foods these days. It is especially popular as a sweetener in sugar-free gums, candies, and sometimes baked goods. To be honest you should keep your dog away from all of these foods anyway, whether they have xylitol or not they are not good for your dog.

If your dog ingests a product containing xylitol, immediately call your vet or the Pet Poison Helpline.

Symptoms of xylitol poising can develop within 15-30 minutes and include: vomiting, weakness, lack of coordination, lethargy, tremors, seizures, and coma.

Read labels of the foods you consume, especially sugar-free foods, so you know if they could be toxic to your pet. If they contain toxic ingredients to your pet, keep them in a place your dog cannot get to them.

Are There Any Benefits of Giving Marshmallows To My Dog?

Most marshmallows contain gelatin which can be good for dogs. Gelatin is mostly protein which is vital to all canines. Moreover, the protein in gelatin is very easily broken down for use by your dog.

Are Marshmallows Bad for All Dog breeds?

Yes, marshmallows are bad for dogs and ideally they should not eat them at all.

If they happen to get hold of one marshmallow every now and then it might be okay, as long as the marshmallow doesn’t contain any harmful ingredients like xylitol.

Are There Marshmallows That Are Safe for Dogs?

There is a “marshmallow” product made for dogs. Whilst it’s ‘safe’ it is still full of carbs including honey and oats. Regular feeding of this type of treat will spike your dog’s insulin levels and lead him down a slippery slope to insulin resistance, obesity, and possibly worse.

So, what is a good treat for your dog?

I recommend a single-ingredient, meat treat. These treats are full of protein with perhaps a little fat and no carbs. Plus, these treats are going to be a higher value for most dogs, which is great for training!

Summary – Can you give your dog marshmallows?

1. My dog just ate a whole bag of marshmallows, what should I do?

If your dog has managed to eat an entire bad of marshmallows (or any candy for that matter), then you need to get him to the vet as soon as possible to get checked out. Even if your dog appears fine, you should still get him looked over by a qualified vet, just in case. Depending on the size of the dog, there is a danger of poisoning from potential additives such as xylitol. Give your dog lots of water and keep an eye out for lethargy, vomiting, diarrhoea or other signs of distress. 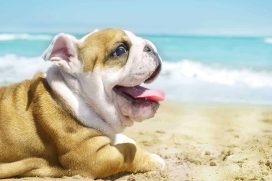 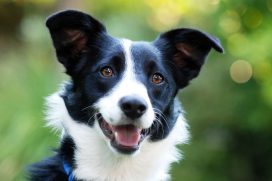 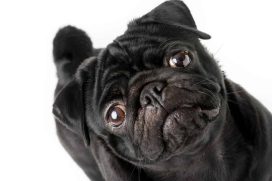